Cultural collision may be translated as a challenge or an asset of a city. Citizens interpret and amplify their interaction into deeper conflict, or vibrant community. Emphasizing the potential for cultural collision to produce community engagement, The Hyper Interactive Hip Hop Carnival is a participatory event that combines the talent, creativity, and innovation of three unique Detroit cultures: the hackers and tinkerers of DIY Making, the creators of Caribbean Mardi Gras parades, and the musical, visual, and performing artists of Hip Hop. Led by maker Jeff Sturges of the Mt Elliott Makerspace, designer/artist Ralph Taylor of Caribbean Mardi Gras Productions, artist Sicari Ware of 5e Gallery, and artist/facilitator Piper Carter, The Hyper Interactive Hip Hop Carnival catalyzes the energy of their inter-generational communities to create an experience of elegance in costume design, amazement in interactive technology, and inspiration in performance unlike anything seen, heard, and felt ever before.

Performances Friday and Saturday, 8pm and 10pm at the Wright Museum of African American History. 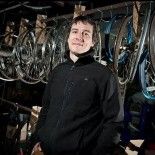 Jeff Sturges enjoys making things, exploring new technologies and connecting people. This passion drove him to start neighborhood-based hands-on learning spaces in Detroit such as the Mt Elliott Makerspace and the OmniCorpDetroit hackerspace. His work on and in these communities is inspired by “anti-disciplinary” experiences at the The Sustainable South Bronx GreenFab MIT Fab Lab program, the NYCResistor hackerspace, Cranbrook Academy of Art and the MIT Media Lab. Jeff believes that with the right balance of collaborative making, tinkering, and learning, We the People a better able to create happier, healthier, and more meaningful lives for ourselves and our communities. www.mtelliottmakerspace.com 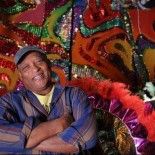 Born in Trinidad and Tobago, Ralph Taylor grew up in a culture known for its annual Carnival event, a colorful street parade of dancers in elaborate feather and sequined costumes, calypso music and limbo competitions. Taylor, who made his first costume at age 9, moved to Detroit in 1973, bringing with him a rich cultural background, and the desire to share it with others, especially the city’s youth. “Growing up in the environment, I always loved colors and shapes,” he says. “As an adult, I continued the tradition. I take my culture into the different communities which I live in.” As artistic director of the award-winning Caribbean Mardi Gras Productions located on the city’s east side, Taylor spends one day a week during the summer instructing small children on making costumes. He also teaches about 30 teens who do an internship at his studio as part of The Youth Connection Career Academies run by Detroit Workforce Department of Development. “I just like working with my hands and I always try to do something that will encourage kids to get involved” For over 40 years, floats and costumes created by Taylor have paraded and won awards in Caribbean festivals in New York, Chicago, Trinidad, the Virgin Islands, Toronto and Detroit. 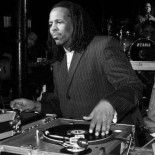 In some ways DJ Sicari’s story seems like a pretty familiar Detroit story. Within days of arriving in Detroit in 1994, the B-boy Sicari was hired by Proof to boogie at Maurice Malone’s Hip-Hop Shop. Sicari hung out there with up-and-coming stars like Jay Dee, Eminem, D12 and Slum Village. Eminem’s DJ Head taught him how to rock the turntables. Since then, Sicari has won more than a few DJ battles and spins for break-dancing troupe Hardcore Detroit. Then Sicari split Detroit for a few years, landing in San Francisco, San Diego and Hawaii. Along the way he earned a master’ s degree in Public Administration at Kentucky State in 2002. He came back to Detroit in 2002 for a DJ battle at Hart Plaza and stumbled upon an opening at the Detroit Hispanic Development Center as an HIV counselor. He realized he could use hip hop to reach out to kids in Southwest Detroit. Sicari has gone on to become a Youth Program Coordinator at the DHDC, which provides after- school classes in video and music production, graphic arts-design, DJ and break-dancing classes and youth entrepreneurship. “DJing is a tool to connect with people. I want to use hip hop to change and save lives. That’s my mission in life.” DJ Sicari is a student of all Hip-Hop elements that loves using the culture to break barriers. I also rock clubs and parties, so I’m not just a bedroom or basement DJ. I eat, sleep, live and love music. Educate people on the beauty of your culture, and they’ll appreciate it…Open Minds…Open Hearts. Sicari recently opened an art gallery entitled Elements. It’s purpose is to serve as a resource for progressive media heads, of all genres, to use to express their respective talents, and artistic accomplishments to the city of Detroit. “I look at Elements as an opportunity for me to give back to all of those who are dedicated to mastering their art.” – written by Doug Combe and Sicari DJ Sicari is also a member of Detroit‘s Legendary Hip Hop group 5 Ela. www.5egallery.org 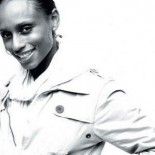 A freelance Fashion Photographer, Piper Carter was featured on Tyra Bank’s VH 1 show “The Shot”. She finished as one of the final 7 contestants, had the best picture 4 times (out of four episodes), and was chosen as team leader twice. The experience reinforced her passion for photography. Piper has been featured in OK! Magazine, TV Guide, Us Weekly, and also Sirius Radio and XM Radio. After finishing as a photography major at Howard University in the famous College of Fine Arts, she worked as assistant to maverick fashion photographer Steven Klein for three years. She has shot editorials for British Elle, New York Times, Trace, Spin, & other publications including emerging talent for Island Def Jam Music Group. Her commercial experience consists of ad campaigns for McCann Erickson, Candies, and the Ad Council. At the start of the digital age she went back to school, graduating from Fashion Institute of Technology in May ’07 with her second BFA in photography & digital media. She completed an internship at Vogue Magazine in their photo department, assisting the photo research team with editorial content for the Poiret exhibition which was featured at the Metropolitan Museum of Art in the Costume Institute. Piper has covered behind the scenes at the Olympus Institute Fashion Week for AOL’s Stylelist.com and Mercedes Benz Fashion Week. Her videos of the Maria Cornejo collection were featured on the website of French Vogue for two seasons. Her most current work has been presented in Styleline, Ambassador, Essence & SixDegreesMag.com. Piper Carter was one of the first to claim video as the new photography and bring it to where it is now in fashion editorial. In 2008 Piper moved to her hometown Detroit, Michigan where she is the Co-Creator of The Foundation for Women in Hip Hop, a Multimedia Artist for Jessica Care Moore’s Black Women Rock, previous Co-Chair for BravoBravo! fundraising committee for the Detroit Opera House, a founding member of Cosmic Slop which is a Michigan based Black Rock Coalition, founding member of the Detroit Digital Justice Coalition, Adult Ally for Detroit Future Youth, graduate of Detroit Future Media, and Artist in Residence of Detroit Future Schools. www.pipercarter.com