Work No. 790: EVERYTHING IS GOING TO BE ALRIGHT (2007) is a large word-based sculpture made in white neon consisting of a single line of unpunctuated text reading ‘EVERYTHING IS GOING TO BE ALRIGHT’. It has been shown in various locations around the world including the Tate Modern in London and the National Galleries of Scotland. Martin Creed is one of the most influential and engaging British artists today, who uses sculpture, neon, painting, video and performance. Work No. 790: EVERYTHING IS GOING TO BE ALRIGHT will be completed in time for DLECTRICITY™, scheduled for September 22 & 23, 2017, as a major component of a series of light-related visual art and design projects along Midtown Detroit’s Woodward Corridor. Creed’s installation will continue MOCAD’s exterior facade project and will remain as an ongoing exhibit after the festival. The exterior facade project has included large scale works by Sanford Biggers, Andrew Kuo, and Barry McGee, among others.

This project is sponsored by generous support from the Alfred A. Taubman Foundation, Gavin Brown’s enterprise, Spectrum Neon, and the Applebaum Family Compass Fund. 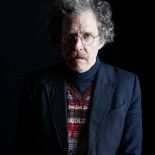 Martin Creed, born in 1968, is one of the most important and exciting artists practicing today. He won the Turner Prize in 2001. Creed’s work is characterized by his playful and subversive wit. A musician as well as an artist, he has said, “I’ve often consciously tried to make my work more like music ... rhythm,whether musical or visual, is a comfort.” He is renowned for his straightforward approach to making art and his clever economy of means, both in his use of non-traditional art materials and in the numerical titling of his work. Assigning a number to every artwork made relieves him of the tendency to make judgements based on size or materials, thereby giving all his works equal status. Creed has commented that his artworks are an attempt to start a dialogue with people. This is perhaps best conveyed in one of his most emotive pieces installed on the front of MOCAD’s facade, neon sculpture Work No. 790: EVERYTHING IS GOING TO BE ALRIGHT(2007).