In a three channel video projection, scenes of hysteria from classic films form the backdrop to a performance installation. Representations of the descent into madness by Gena Rowlands in John Cassavetes’s A Woman Under The Influence (1974), Faye Dunaway in Mommie Dearest (1981), Catherine Deneuve in Roman Polanski’s Repulsion (1965), and others are nearly removed from the films, leaving only the scenery as an index to the location of disintegration. Dancers act as translators for the original character’s performances creating a dialog between the past and it’s representations and the here-and-now. The dance is a series of repeated gestures referencing not only compulsive behaviors, but the ecstatic potential contained within them.

Meg Clixby, Talice Lee and Helen Schreiner will be performing to a recorded soundtrack by Brian Chase. 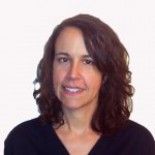 Dana Bell is a video artist, composer and choreographer for stage, theater and film. As the director of the performance troupe Psychic Effects since 2010, her work has been presented at many venues and festivals, including Millennium Film Workshop as part of INDEX Festival, Secret Project Robot, Louis V ESP Gallery, Union Pool and The Schoolhouse. Bell began her career and continues as a painter exhibiting in galleries and museums in New York, Detroit, Los Angeles and Europe and began working with performance as an MFA student at Maine College of Art while studying with Vito Acconci. She writes compositions and makes videos to perform alongside conceptualized choreography.