Knowledge is Power, a spectacle that is both concert and cinema, this state-of-the-art theatrical display will illuminate the Woodward facade and lawn of the Detroit Public Library, centered on the nominal theme carved above the front entrance. Main showings will include original compositions from live musicians, with an ambient interactive interface available for the remainder of the festival.

Projection-mapped 3D animation, dynamic optical illusions, and dimensional cinema tell the human story of knowledge by bringing the face of our Library to life in mythic scale. From Cave Painting to Ancient Greece; the tragic destruction of the Library of Alexandria to the invention of books, the dawn of electricity, and the rise of the Internet. 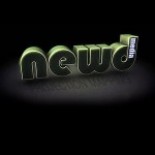 Gabriel Hall runs the visual R&D firm called NewD Media, and though his nightlife persona, VGer The VJ, has designed/mapped/performed for shows in NYC, LA, Miami, Chicago, and throughout the metro Detroit area.

The collaborative show design and live-mixing visual work between these Detroit-based entrepreneurs, who first met at CCS, is known as VOYAGERS VISUAL. Their combined efforts as VFX artists, VJ performers, and designers have been on display in numerous feature films, commercials, television series, and music festivals. Recently they have designed/managed multiple stages at Detroit’s Electronic Movement, an installation at Electric Forest Festival, and now develop show concepts with a broad team of artists & musicians.

Renowned singer-songwriter Audra Kubat has performed throughout the United States with acclaim for her national albums, and is currently recording her next.

Gabe Rice is the Lighting Director for Smash Brothers Entertainment and is a main lighting designer at many regional music festivals including Electric Forest.

Together, they aim to entertain, educate, and move.