The Cathedral Church of St. Paul is the ideal site for lovers of architecture. The Cathedral’s alluring façade sits on Woodward avenue and faces Wayne State’s Woodward | Warren Greenspace. It’s located in the center of DLECTRICITY’s Midtown footprint, and each festival year, it’s architecture successfully entices visitors to see what’s going on inside and outside its space.

The nationally recognized building was designed and constructed in 1907 by the architect Ralph Adams along with his associates at Cram, Goodhue and Ferguson. The Cathedral is emblematic of Gothic Revival architecture. The National Park Service calls the Detroit cathedral “one of the first and finest examples of the Late Gothic Revival” (NPS.gov).

Gothic Revival architecture first flourished in England until it hit the United States by the 20th century. The style aspires to develop from the original gothic style of Medieval architecture. It was a contrast to the popular Neo-Classica designs that were prevalent in 19th-century buildings.

Indoors, the cathedral is beautifully designed with gothic-inspired furnishings and remarkable decorative details. In the past, artists have used the architectural components of the space to accentuate the aura of their art. Japan-based artist Akiko Nakayama painted live at the Cathedral of St. Paul for DLECTRICITY 2017, and the ethereal aura of the space complemented the changing pictures and sounds of her performance, together making an extraordinary experience. Other artists that have exhibited inside the cathedral for DLECTRICITY include Zackery Belanger in 2014 and Sarah Rara in 2017.

On the outside, the cathedral provides a courtyard space for more a variety of work, from projections to performance. Here, artist and dancer Biba Bell conceived a performance for DLECTRICITY 2012. In its essence, it was part installation, part dance: harnessed to the backs of eight dancers, light and images traced movement pathways and lit up the exterior walls of the Cathedral Church of St. Paul. The exterior space of the cathedral also hosted the works of Charlotte Becket in 2014 and Nikola Dike in 2017.

In addition to its history and architecture, the Cathedral Church of St. Paul is a dedicated organization to its community. We give them our thanks for lending its space to DLECTRICITY! 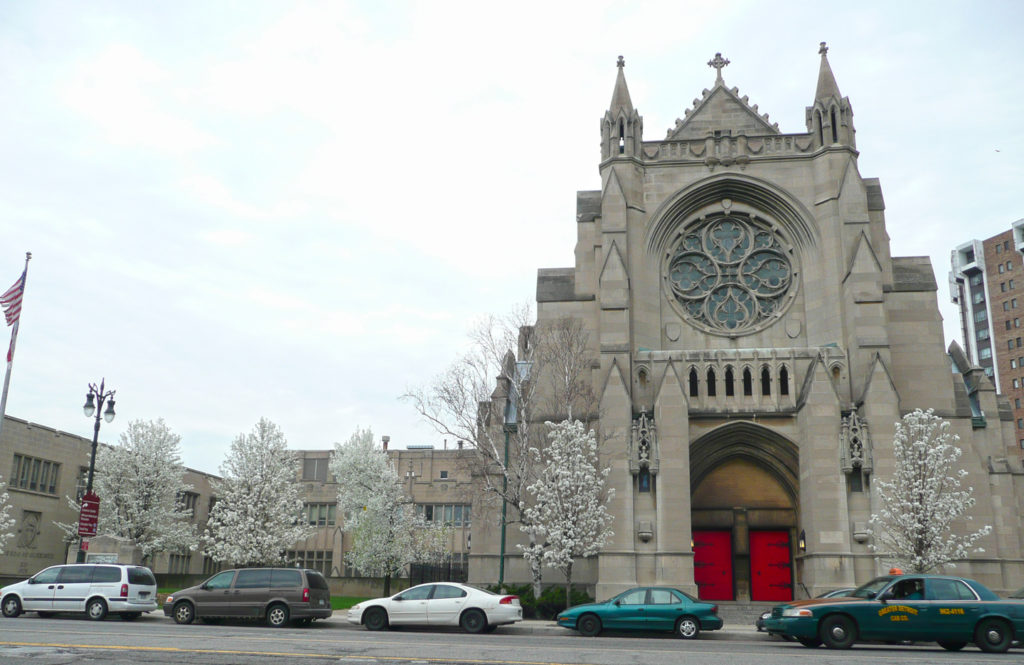 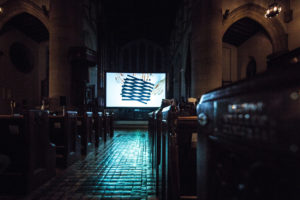