LOCATION:  The Detroit Institute of Arts at Woodward and Farnsworth

A hand-drawn animated installation, Hypothetical Stars employs the artist’s marks as interventions into 16mm footage taken from the NASA Apollo 12 mission. Being the mission after the first moon landing, it was notable for being the first to bring a color TV camera. And for the fact that,  upon landing, the camera was pointed at the sun and inadvertently destroyed, immediately terminating the television broadcast. This piece asks us to consider a new view of that which we cannot see with the naked eye, where images sent back from the outer reaches are not seen as scientific truth but as deeply connected to our collective curiosity.  The use of scale challenges how we think about, and see, the vastness of our conjectural universe and it’s intimate relationship with our innermost subconscious ideas. Hypothetical Stars uses thrown shadows from tabletop dioramas and reflected and refracted animated projections to create a universe of hypothetical stars, moons, and planets. 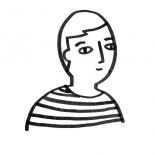 Laura Heit (b. 1974, Minnesota) earned her MFA from the Royal College of Art in London England, 2003 and her BFA from the School of the Art Institute of Chicago in 1997. A multimedia artist her work has exhibited and screened in the US and abroad at venues including  Boise Art Museum (Boise ID), Adams and Ollman (Portland, OR), The Schnitzer Museum of Art (Eugene, OR), The Schnieder Museum of Art (Ashland OR), Center for Contemporary Art & Culture  (Portland OR), She Works Flexible (Houston, TX), REDCAT (Los Angeles, CA), Walker Art Center (Minneapolis,MN),  MoMA (NYC, NY),  Millennium Film (NYC, NY), Pompidou (Paris, France), TBA Festival (Portland, OR), and the Guggenheim Museum (NYC, NY), Walt Disney Hall (Los Angeles, CA), and Detroit Institute of the Arts (Detroit, MI) among others. Her grants include; 2016 Oregon Arts Council Individual Artists Fellowship,  Artist Project Grant Regional Arts & Culture Council including the 2014 Innovation Award, Henson Foundation (2009, 2014), ARC California, Illinois Arts Council, The British Council, and the Mac Dowell Colony. She has previously held positions at School of the Art Institute of Chicago, Pacific Northwest College of Art, and Cal Arts where she was co-director of the Experimental Animation Department. Her book Animators Sketchbooks was published in 2013 by Thames and Hudson. She currently lives and works in Portland Oregon.