The Detroit Symphony Orchestra returns to DLECTRICITY with another live video projection or “MaxCast” of the Pops performance, Let’s Dance, conducted by Jeff Tyzik. Bring a lawn chair and enjoy this celebration of the art of dance as tango, tap and ballroom dancers are projected onto the façade of the Carpenter’s Building on Woodward as the production happens live within Orchestra Hall. Following the performances, footage from previous classical concerts will be projected until midnight. For the duration of DLECTRICITY, the Max M. Fisher Music Center will offer paid parking at its garage on Parsons St., as well as concessions and public restrooms. The MaxCast is made possible by a generous gift from Phillip and Lauren Fisher. Additional DLECTRICITY activities are made possible with the support of Princeton Enterprises and Marc Schwartz.

The Music Box, an intimate black box theater within The Max, will be buzzing throughout the festival as well, with a Chamber Music Society presentation of the Cavani String Quartet with poet Mwatabu Okantah on Friday at 8pm and Mix @ The Max on Saturday at 9pm featuring the Fifth House Ensemble. The Max’s front façade will also shine a spotlight on a special sculpture installation. 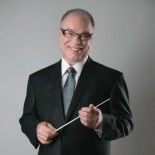 In May 2007, the Harmonia Mundi label released his recording of works by Gershwin with pianist Jon Nakamatsu and the RPO, which stayed in the Top 10 on the Billboard classical chart for over 3 months. Alex Ross, music critic for The New Yorker, called it “one of the snappiest Gershwin discs in years”. “His concert is the kind of thing that’s likely to give classical music a good name, perhaps even make it seem, dare I say, relevant,” writes John Pitcher of the Rochester Democrat & Chronicle (February 3, 2006). “What’s great about Tyzik is his way of making any concert (classical or pops) seem contemporary and approachable without sugarcoating anything, without dumbing down the musical experience.”

In addition to his titled posts, Tyzik is highly sought after as a guest conductor across North America, with recent guest appearances including the Boston Pops, the Cincinnati Pops, the Milwaukee Symphony, the Toronto Symphony, the Philadelphia Orchestra at the Saratoga Performing Arts Center, the Los Angeles Philharmonic at the Hollywood Bowl, and the Dallas Symphony at the Vail Valley Music Festival. Tyzik made his UK debut in June 2010 in Edinburgh and Glasgow with the Royal Scottish National Orchestra in a three-week series of four popular programs. Tyzik holds Bachelor of Music and Master of Music degrees from the Eastman School of Music. He lives in Rochester, New York, with his wife Jill. For more information about Jeff Tyzik, please visit www.jefftyzik.com.